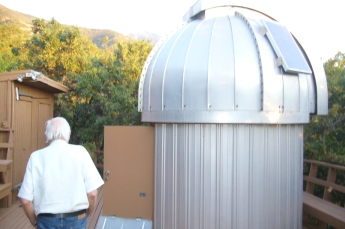 In 1984 my father erected a full blown observatory in his backyard on the foothills of the Wasatch Mountains in Salt Lake City. He was in his early fifties then and my sister, who was only 14, helped him erect it. He named it the Alpenglow Observatory, created a website to catalog his deep sky photos, and worked on constantly improving it. I think of the project as his magnum opus. This month he asked me if I would like to move his masterpiece to Torrey.

When he first asked, I balked. Kirsten had to kick me under the table. I wanted my father to understand I do not covet his equipment. I am proud to be using his first telescope and have progressed to where I am using it nearly to the full extent of its potential. I am satisfied with what I have. The gear my father has is vastly more expensive and advanced than what I am using. What I want is for him to enjoy the fruits of his efforts. But in his mid-eighties he professes that it is getting difficult. Kirsten immediately recognized Dad’s request as a great honor and gave me the “get with it” look. I got the picture and said I would move it for him. 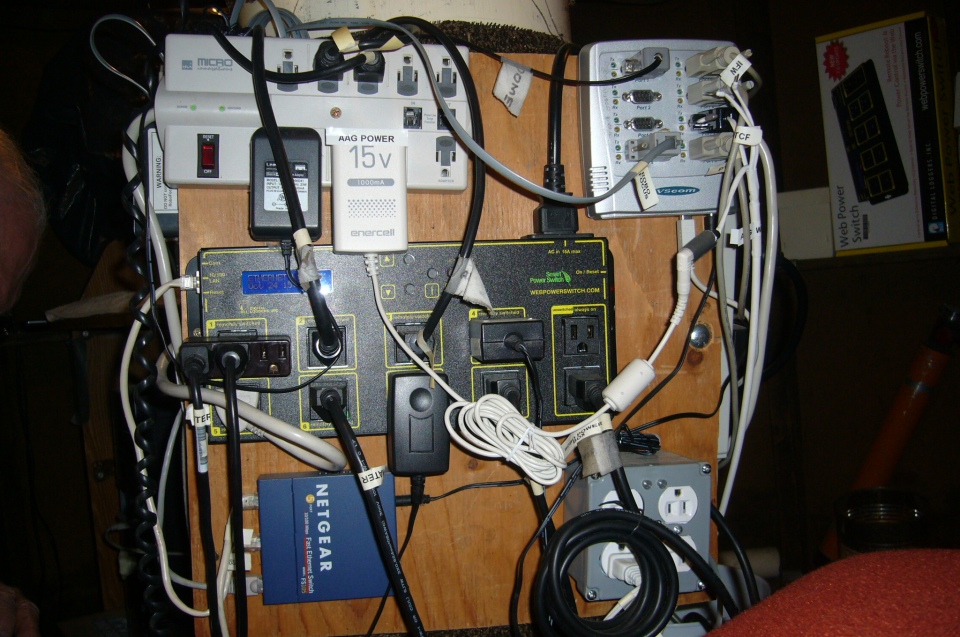 The complexity of Alpenglow has the upside that it is completely automated and can be operated remotely. My goal is that Dad will be able to get on his PC in Salt Lake, wake the observatory up in Torrey, rotate the dome, open the dome shutters, position the telescope, fire up the camera, acquire an object, focus the camera, and start taking pictures. The downside is also that the observatory is complex. I will be reverse engineering what he has built to figure out how it works, get it dissembled, moved, reassembled and functioning.

I have mixed emotions.

It is thrilling to be taking the performance and capability of this facility to Torrey. It is sad that Dad is feeling too challenged by it in his accumulated years. I feel the obligation to make the most of the facility’s capability and am wondering how to do that.

Blogging about the project will be thinking about it. First is the planning. The telescope in Salt Lake is mounted on a 12″ cement pier that comes up through his back deck. A similar pier will need to be built in Torrey. There is no deck in Torrey, so a cement pad out at the end of the driveway will probably be the thing. I would not mind also having a separate cement pier for my telescope set up but out at the end of the driveway it is windy. So that means add a windbreak wall. There needs to be power. That means finding the right source, digging trenches, outlets coming up through the new cement pads at the right places. I do not believe a wi-fi signal will penetrate aluminum, of which the observatory building is comprised. Does the observatory need an Ethernet cable run to along with the power? How to elegantly or at least cleanly get the Ethernet cable from the router inside the house to outside the house? The cement piers need to be poured with mounting bolts embedded in the cement to fit the telescope mounts and  in such a way that the mount faces precisely true north. There are challenges.

I am also thinking about a name. Dad calls his observatory Alpenglow. At the foot of the Wasatch Mountains that name is very fitting. Not so much on the Colorado Plateau. Neighbors in Torrey who are into astronomy came up with “Observa-Torrey” for their site on Clear Dark Nights. What a great name! But it’s taken.

I will post more here as the bittersweet project moves along.