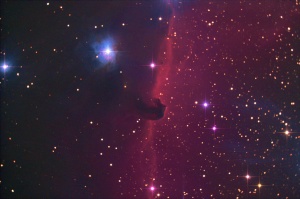 The Horsehead Nebula is part of the vast Orion Nebula complex. Just below the first star in Orion’s belt the head itself is actually a dust cloud obscuring the bright red nebula behind it. This dark molecular cloud is about 1500 light years away.

It was pretty much a perfect night for viewing in Torrey. 35 degrees and wind mostly calm. Later there seemed to be some high thin clouds but for most of the time I was out the sky was black, the Milky Way was prominent, the stars were so bright that even with no moon I could see my shadow, and Orion ruled. It was the kind of night where there are so many stars it is hard to pick out the constellations. 35 degrees is not quite cold enough that I wear insulated pants, but I do have on thick hiking boots, a puffy down parka I bought in maybe 1976 with the hood up over a ski hat, a headlamp set to red light, and finger-less fishing gloves. I still get a little chilly.

I usually set up to the east of my home in Torrey in the driveway in order to stay out of the prevailing westerly winds. The house is 2 stories high there and is an effective wind break but also gets in the way of viewing. I didn’t quite have 2 hours left to shoot after I set up before the belt wheeled behind the roof. 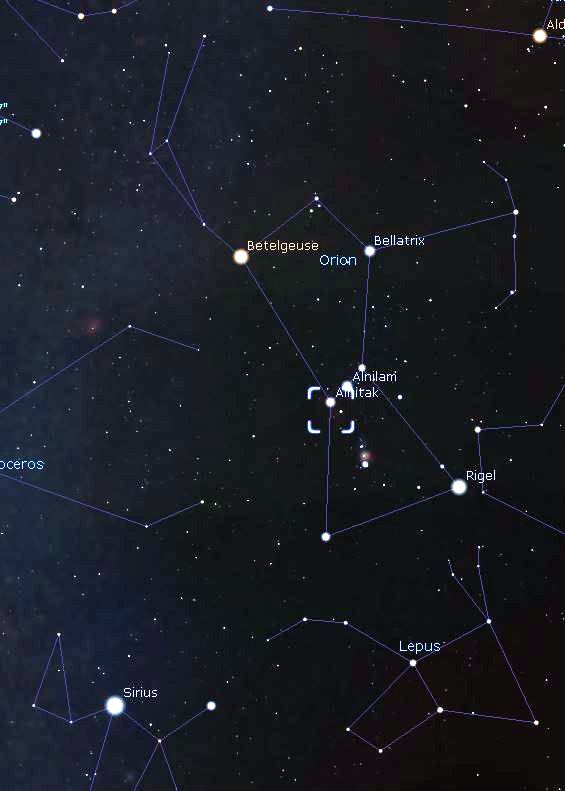 The Horsehead image is a one hour and 45 minute exposure made up of 21 five minute subs. I used 8 flat and dark frames and forgot to get the bias shots.