I’m working on weaning myself as much as practical from social media. I have previously written how the largest corporations today, primarily all internet related, are dangerously sucking all the oxygen out of the economy. I don’t want to be a part of that travesty if I can help it.

I have been posting my astrophotos on Facebook where I get by far the most response. But I want to lay lower playing that game. I have ad blockers and add-ins that keep me from being tracked, but I want to spend less and less actual time there. I also use DuckDuckGo to search instead of Google, have dropped my Amazon Prime, and the only Apple product I use is an old iPad to stream Spotify. It’s a start.

As part of that start I want to post my astrophotos here instead of Facebook. I may not get as much attention. I hope to be grown up enough to be fine with that.

Here is one of my latest images. You can click on it to go to my astrophoto gallery on this same website to see a larger version and to find brief technical information about how it was acquired.

END_OF_DOCUMENT_TOKEN_TO_BE_REPLACED

This year-to-date stock index performance chart exemplifies a key aspect to the illness in our country. IXIC is the NASDAQ which is primarily influenced by the household name big tech stocks. SPY is the S&P 500. IJR is a small-cap index. Year-to-date the NASDAQ is up 17 percent, the S&P 500 is flat, and small stocks are down 17%. That is a crazy gap.

The big tech stocks in the NASDAQ, like Amazon, Google, Apple and Microsoft are the mega corporations that are wrecking Main Street and its mom and pop retail, that are decimating newspapers and journalism, that are publishing the Russian bots and creating the echo chambers of hate and divide that brings the U.S. to the brink of civil war. It is their massive, mountainous, tectonic market capitalizations that give to the large techs corrupt Citizens United power with assets greater than most countries and our nation’s steering wheel to the oligarchs that own most of their stock.

If this gap doesn’t close we are all serfs. Ill informed serfs. Chained to our phones, mind numb, and poor. Serfs to un-democratic corporations. Mere zombie consumers to be played.

I post this as a reminder to myself to back off of social media, to buy local, to read print and support my local newspapers. To support Torrey House Press and the power of story to change culture. And vote Democratic like our soul depends on it.

Republicans will successfully frame and spin the relatively benign outcome.

Trump, who rarely speaks truth, is right when he says there are a lot of deaths every year from the flu. This season the Center of Disease Control estimates that, as of mid-March, between 29,000 and 59,000 have died due to influenza illnesses. Globally the World Health Organization estimates that the flu kills 290,000 to 650,000 people per year. In comparison, as of April 8, The Institute for Health Metrics and Evaluation (IHME) at the University of Washington forecasts there will be 60,000 deaths caused by (the first wave of ?) the COVID disease in the U.S. In Utah there are 13 deaths so far. Experiencing no more additional deaths than occur in a flu season will be a sort of success compared to how bad it might have been. It will be much worse than necessary, yet Democrats will fail to frame it as such. END_OF_DOCUMENT_TOKEN_TO_BE_REPLACED

I am hopeful and confident that Joe Biden can and will win the election this fall. I am gratified he has indicated he will choose a female vice-president. I am concerned, however, at Joe’s age. At almost 64 years old myself, I am not anti-geezer, but Joe will be 82 by a second term and that is getting just too old for the demands of the highest office in the land. 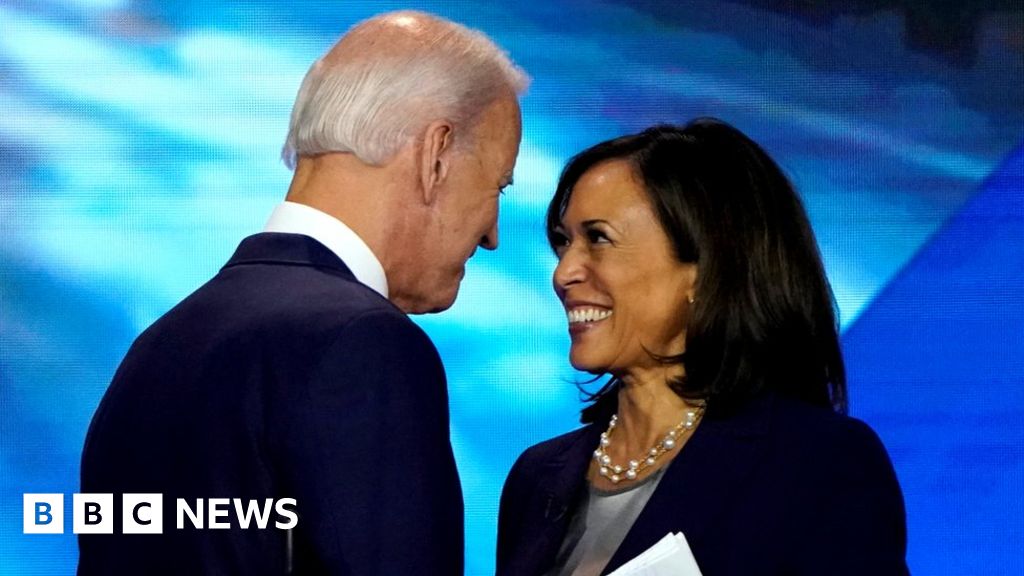 How to gain the first female president.

My wife, Kirsten Johanna Allen, has a great idea that I have not otherwise heard being bantered about. Joe could guide the country through recovery of both our health and wealth for three years and then resign making, say, Kamala Harris president and putting her in place to run in the next election as the incumbent.

In this era of pandemic, with local earthquakes thrown in, the thought almost makes me optimistic. We may just save our democracy yet.

Trump wants to be the last American president. U.S Attorney General William Barr is paving the way. Republican legislators are all in. For Republicans it is all about power, democracy be damned.

Trump, however, is so unpopular the only way he can win is if Sanders is the Democratic candidate. Sanders is a spoiler, it’s all he has ever been. It is not the time to quibble but to put forward the Democratic candidate most likely to win. If we don’t win now we won’t have a democracy to fight over and improve. The issue is not a progressive agenda but democracy itself. And, thanks to Trump, the opposition to democracy will be fierce.

Bloomberg is by far the most organized, capable, uber-financed candidate who can and would win. He will fight fire with fire, gloves off all the way. He is our best hope. As bespeaks his character, if Bloomberg does not win the Democratic Party nomination, he will still use his vast wealth to fight Trump anyway. I like that he is a proven conservationist, but at this point that is only icing on the cake.

And imagine this: a Michael Bloomberg / Stacey Abrams ticket.

I will be searching for how best for we conservation peons to support Michael Bloomberg.